It’s Time To Think About Drakes 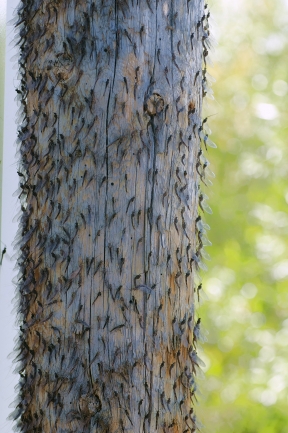 The most notable is the Green Drake. This large mayfly might be the most famous of all the mayflies that inhabit the Henry’s Fork. Anglers flock to the Harriman Park (Railroad Ranch) section of the river with high expectations of giant trout slashing the big mayflies. If it happens right, you’ll have a day to remember. More often than not, like most famous hatches, you should have been here last week or you’re too early. The Green Drakes usually start emerging soon after the Harriman Park opens to fishing on June 15th. However, an early spring might result in the peak of the emergence being over by the time the Ranch opens for fishing. This year we had an unusually late, wet, cool spring and the big mayflies won’t likely start showing up in good numbers until later in the month.

Green Drakes are not only found in the the Harriman State Park. They are commonly found throughout the more than 70 miles of the Henry’s Fork.

The duns like to emerge about midday. On cloudy, cool days they will continue to emerge throughout the day. Mating flights of Green Drake spinners normally occurs in the morning hours on calm days. The Green Drake hatch can last from a week to two weeks or more depending on weather and water conditions.

There are other options in the event that you miss the Green Drake hatch on the Henry’s Fork. The South Fork of the Snake sports some incredible hatches of these large mayflies. They normally start showing up about the middle of July. Look for the best Green Drake fishing in the smaller side channels. Some of the rivers in Yellowstone also have good Green Drakes. These are a slightly different species that emerge on the Lamar, Slough Creek and other streams in the Northeastern part of Yellowstone in late September and early October.

My favorite patterns include duns, emergers, cripples and spinners in sizes 12 or 10. In most cases I have more confidence the smaller version. You’ll need 4X tippet and tie your knots carefully. Make sure you have plenty of backing!

Brown Drakes like slow water with a soft bottom. The lower stretch of the Harriman Park provides perfect habitat for these large mayflies. The nymphs live in burrows in the substrate. At emergence, they abandon the safety of their burrows and after scurrying across the river bed they begin a rapid ascent to the water’s surface. Just under the surface film the emerging duns escape their nymph casings and float gently to the surface. Unlike the maddening emerging affair with Green Drakes, the Brown Drakes drift quietly a short distance before flying off.

The mating spinner flights appear about the same time as the duns emerge just at dusk. Therefore, you may encounter emerging nymphs, duns and spent spinners all at the same time. This means one trout may be taking nymphs, another emergers, another duns and yet another, spinners. You’ll need patterns that match all of the life-cycle stages.

These drakes are the largest by length of any mayfly of the Henry’s Fork, sometimes reaching 22 cm. Size 8 or 10 fly patterns are required.

Gray Drakes are not common in the Harriman State Park but they often produce the best dry fly fishing of the season on the lower Henry’s Fork from the Ashton Dam downstream to the confluence with the South Fork. These mayflies are unique when compared to the other large mayflies of the west. The nymphs are fast swimmers and prefer slow water in sloughs, back eddies, and other soft water out of the mainstream. The duns emerge by crawling out of the water. Consequently the emergence of the duns does not normally provide much dry fly action. In fact, duns may emerge many miles from the main river. After molting the spinners mass to the main river to mate and deposit their eggs. These mating flights can bring the largest trout to the surface to feed. It’s the spinner fall that makes dry fly dreams come true.

The trout aren’t particularly selective unless the surface gets layered with spent mayflies. As a rule a size 10 or 12 standard Adams, Parachute Adams or Jack Dennis Parawulff is all you’ll need. If you find a trout that is a little persnickety you should be able to score with a flush spinner in the surface film. The important thing is to get a proper drag-free drift in the trout’s feeding lane.

If you haven’t experienced the Gray Drakes in or around my hometown of St. Anthony, you’ve been missing out on some of the best dry fly fishing around.

The “Flav” is a very close cousin of the Western Green Drake. They look almost identical but are a size or two smaller. We like patterns in size 14 or 16. I think the Flav is my favorite hatch on the Henry’s Fork. Maybe it is because the trout have had a steady diet of larger flies and they just can’t help themselves when they see Flavs on the water. Like their larger cousins, the emergence appears to be an awkward process. They are impatient and start trying to fly away before they get up and ready with their wings dry. They often flutter across the surface before they become airborne. Naturally this drives trout nuts.

Flavs commonly emerge later in the day. I’ve had some incredible dry fly fishing during afternoon thunderstorms at Last Chance across from our shop. Spinners will be on the water in the morning hours and again on warm, calm evenings. My favorite patterns are Slate/Olive No-hackles and Thorax but emergers and cripples are also very effective.

Flavs start coming off in late June but the best fishing occurs in July. I’m not much of a tennis fan but the Wimbledon finals an important date to remember because it is prime Flav time. Flavs hatch throughout the Henry’s Fork and they produce some very fine dry fly action on the lower section of the river below Ashton. The Madison River in Montana and the Yellowstone River in the park also support strong Flav hatches.

My largest trout to date caught from the Ranch water was rising in a school of whitefish eating Brown Drakes. He was a slab-sided buck with a red strip down his side that looked to be about two inches wide. My largest Brown Trout from the Henry’s Fork abandoned his lair, unable to resist the legions of Gray Drake Spinners that covered the surface. The Henry’s Fork can get crowded during drake time but if you stick with it, you just might catch the trout of your life on a dry fly.