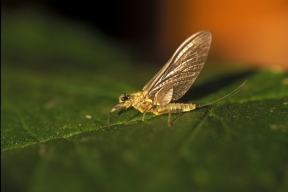 The Ranch reports vary this year. I have heard the usual form the usual folks. Too much water, too many seagulls, and no trout anymore. They won’t rise anymore, there’s not enough water, no bugs and so on. Then the finger pointing. It’s Trump’s Fault, Its Biden’s fault, The Henry’s Fork Foundation did it, the fish and game messed with the river and so on. Well, I suppose it wouldn’t be the Henry’s Fork if somebody isn’t bitching about something. One might surmise that it’s one of the worse places you could possibly fish. My personal experiences in the Ranch have been great! It’s true that you are not going to see the number of fish rising that you may have seen before the water came up. It’s also true that there are plenty of gulls around but for me the fishing has really been good. The rise forms have been super subtle so if you think you saw something in the water you most likely did. Cast to it! Look in spots where you think a trout might be and cast there. You may be surprised what happens next. There are plenty of fish around and they are eating dry flies. Make sure to have green drakes, throw a few beetles in and don’t forget some pale morning duns. I would also have some yellow sallies. The Flav hatch, one of the best mayfly hatches of the year, is just getting started. The river is crowded so remember to be good to your fellow man. As far as all bitching goes, I would just put on your waders. Lace up your boots. String your fly rod up and go fish. Remember where you are at! You are fishing the friggin Henry’s Fork of the Snake River! One of the finest trout fisheries on the planet!!!

As of this date the current flow is1230cfs. The nymphing has been solid and there are still fish eating goldens. Try an early morning run to avoid the crowds. It’s the usual nymphs working. Rubber Legs, zebra midges, bullet quills. Henrys Fork Foam Golden Stones and Splitsville Caddis. Don’t be afraid to put some split shot on to get those nymphs down deep.

The lower river has been really good. I have yet to put a boat in the river. I have been exclusively wade fishing. Spotting and stalking large trout on the bank has been great! We have been super busy this year so I have had to put on my guide hat several times. I had the pleasure of taking Dave and Peter on the 20th. We decided to wade the lower river. What a great day. They took turns as we walked up the bank spotting big browns sipping Flav Spinners. There are caddis, pmds and a few green drakes. I also saw yellow sallies and golden stones. The fishing on lower river is as good as it gets in my mind. Plan on seeing a lot of boats on the river once again I have been wade fishing and I have had no problem finding a place to fish.

There are rumors of salmonflies on the lower river. Fish are starting to look up. The dry drop technique has been really good. Sounds like there are some green drakes and grey drakes and some pmds here and there. I expect the South Fork is going to be really good soon.

It’s a good time of year to be on the Madison. Runoff is finishing up and the river is running clear. Flows out of Hebgen Dam have been gradually increasing the last few days, and fishing has been pretty good out there. A double nymph rig is still your best bet if you’re looking for numbers, but fishing attractor dry flies or a big Chubby Chernobyl has been finding some nice fish as well. Be on the lookout for pmd’s in the earlier hours and caddis in the afternoon/early evenings, and maybe even a few stoneflies cruising around in some lower sections of the river.

The Firehole and the Madison will fish best early in the AM and later in the evening. I would guess temps are coming up fast so giving those fish a rest during the heat of the day is a good idea. Slough creek and the Lamar is a great call this time of the year. The Yellowstone River opens July 15th.